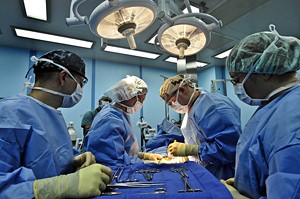 A new study found state-level prior approval authority over individual market health insurance rates, in effect from 2010 to 2013, was associated with a 10 percentage point lower rate of increase in premiums.

“This study provides the first evaluation of state rate review authority in the individual market in the years immediately following the implementation of the Affordable Care Act,” said Pinar Karaca-Mandic, lead author and associate professor in the University of Minnesota School of Public Health. “We found significant variations in rate review authority across states and these were highly associated with differences in adjusted premiums.”

“Our findings suggest that rate review by states with prior approval authority may be a viable option for moderating the growth in health insurance premiums,” said Richard Scheffler, principal investigator and distinguished professor of health economics and public policy at UC Berkeley. “Given the massive rate increases in premiums being proposed this year, our results could not be timelier.”

“Many states bolstered their rate review programs after the passage of the Affordable Care Act using federal grants, but will now need state funding to maintain their programs,” said Brent Fulton, assistant adjunct professor of health economics and policy at UC Berkeley.

The authors say given the expansions in individual-market coverage, it will be important to further evaluate state rate review authority and activity to determine whether study findings remain in effect over a longer time period and are generalizable throughout the expanded individual insurance market.