Many Americans don’t need to watch reruns of Mad Men to recall a time when airplanes had smoking “sections,” cigarettes were advertised on billboards and available for purchase at vending machines, and lighting up was such a mainstay of the bar scene that the smell of smoke clung to your clothes for days. 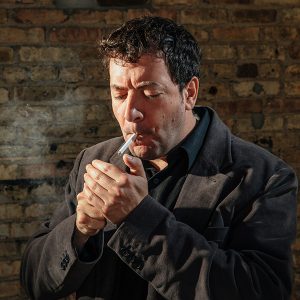 In the mid-20th century, about half of all Americans smoked. But those numbers began to change after the 1964 Surgeon General’s Report linked smoking to cancer. SPH Professor Leonard Schuman, long-time head of the then Division of Epidemiology, played a key role in drafting that report.

The downward trend continued after successful national lawsuits against the tobacco companies, including Minnesota’s State of Minnesota v. Philip Morris, an unprecedented $6.6 billion win in 1998 that alleged tobacco companies were hiding the hazards of smoking and targeting children as new customers. The suit relied on the research and testimony of SPH researchers and generates $200 million annually —forever —for public health efforts across the state.

But smoking in 2017 is still the leading cause of preventable disease and death in the United States. It’s a significant risk factor for cardiovascular disease, cancer, respiratory diseases, and diabetes — chronic diseases that are responsible for 1-in-5 deaths each year. About 50 percent of all U.S. adults have a chronic disease today, and that number is forecasted to increase to around 65 percent by 2030.

These sobering statistics drive School of Public Health faculty to investigate the social determinants of smoking, to increase what we know about emerging types of tobacco use, and to lead education efforts to prevent smoking.

While health experts agree that quitting smoking is the single best thing you can do for your health, a recent SPH study found that smoking leaves an imprint on our genes — even for people who had quit smoking decades ago.

“When we engage in certain health risk behaviors, it’s common to tell ourselves that we can always quit and there won’t be long-lasting effects,” says genomics researcher and Professor Ellen Demerath, who was an author on the study. “While it’s true that our research showed former smokers had a more normal epigenetic profile than current smokers, the fact is there were still shadows on their genes that didn’t go away, even 30 years later.”

That’s not to suggest that quitting smoking doesn’t have very tangible health benefits. The risk of having an abdominal aortic aneurysm drops when smokers quit, according to a 2016 study by cardiovascular health researcher and Associate Professor Weihong Tang. Her research found that while middle-aged smokers had a roughly 1-in-9 chance of developing an abdominal aortic aneurysm in their lifetime, that risk declined by 29 percent for the people who quit smoking during the course of the study. And longer-term quitters — those who had been former smokers for 25 years or more — had an even lower risk.

When it comes to quitting smoking, social and cultural factors can make that exceptionally difficult, especially for U.S. veterans, blue collar workers, and American Indians. 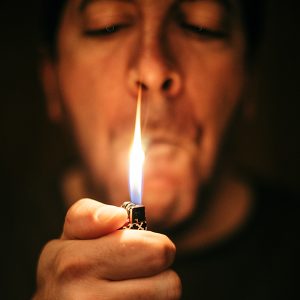 “There’s a lot of socializing in the military that occurs around smoking, which makes quitting hard — if you take a smoking break, you can hang out with your friends,” says Assistant Professor Rachel Widome, who investigates social determinants of health, including smoking use and cessation amongst veterans of the wars in Iraq and Afghanistan. After military discharge, vets take their smoking habit with them.

Smoking cessation researcher and Associate Professor Deborah Hennrikus conducted a study in small manufacturing companies in five counties in the Minneapolis/St. Paul area that assessed a work safety/health promotion program to motivate smokers to use smoking cessation resources already available to them through their health insurance.

Low-cost interventions like these can be a win-win for employees and companies, “because employees who smoke are sick more often and increase the cost of health insurance and other costs borne by the company,” Hennrikus says.

In Minnesota’s American Indian reservations, smoking rates can be as high as 60 percent. Emerita Professor Jean Forster — who has worked on tobacco interventions for 30 years and was instrumental in the 1990, first-of-its-kind legislation that banned cigarette vending machines in public places — is now exploring community tobacco policies on reservations. She regularly works with the American Indian Cancer Foundation — directed by Kristine Rhodes, MPH ’00 — to better understand the complexities of cultural and tribal regulations and to forge collaborative solutions. “Reservation residents have strong feelings about outsiders leading change and tobacco has deep cultural significance,” says Forster.

“Today, more Americans are ex-smokers than current smokers and that is a great victory,” says tobacco policy researcher and Professor Harry Lando. But he is far less encouraged by increasing smoking in many low- and middle-income countries.

Lando, who was an editor of the Surgeon General’s Report on Smoking and Health in 1988, has now shifted his anti-tobacco work to developing countries — including Indonesia, a so-called “smoker’s paradise” where 70 percent of men smoke. “One billion deaths from smoking are projected across the world in the 21st century,” says Lando. “That’s mostly in low- and middle-income countries. If we could bend that curve by even 10 percent, we can have an incredible public health impact.”

But it’s a big challenge, says Monique Muggli, MPH ’99, associate legal director for the Campaign for Tobacco-Free Kids. “Globally, the tobacco industry is the biggest threat in decreasing and preventing tobacco use. It has exported its play book from the United States and other high-income countries to emerging economies in order to recruit young tobacco users and influence governments.”

Lando has successfully lobbied the World Conference on Tobacco or Health to hold more of their conferences in the developing world. He wants the problem to be witnessed first-hand by political leaders, who generally don’t see smoking as a high priority when compared to other public health challenges, including lack of access to clean water.

Ultimately, Lando sees smoking as a human rights issue — it denies people the right to enjoy sound health and to live in a healthy environment that’s free from secondhand smoke, which accounts for an estimated 600,000 deaths around the globe every year.

E-cigarettes and Smokeless Tobacco: The Next Unknown Public Health Frontier

Cigarette smoking rates are down across the United States, so tobacco companies are finding new and increasingly popular ways to market their product. “The use of other tobacco products, including e-cigarettes, is picking up,” says Assistant Professor Rachel Widome. “We don’t know yet if these alternatives are healthier, or if users, especially teenagers, will eventually switch to cigarette smoking.”

According to a report in December 2016 from the United States Surgeon General, electronic cigarettes — which turn nicotine into inhalable vapor — are gaining popularity with young people. The 2016 Minnesota Student Survey (MSS) showed that nearly 20 percent of 11th grade students reported using e-cigarettes in the past 30 days, while only 8 percent smoked cigarettes. Recent research, published in Pediatrics, says that this spike in e-cigarette use has been powered by flavors that taste like gummy bears and bubble gum.

While adults aren’t using e-cigarettes in such high numbers, a survey published in the International Journal of Environmental Research and Public Health found that 30 percent of surveyed current and former adult users turned to e-cigarettes to cut back on or quit smoking cigarettes.

While tobacco companies like to market the idea that these products are safer than traditional cigarettes, there have been no definitive answers and the rise in usage is of great concern to public health professionals. The Surgeon General’s report, for example, cites studies in animals that suggest that e-cigarettes can harm developing brains of teenagers.

And it’s not just e-cigarettes that are gaining popularity. Today, 6.7 percent of American males use smokeless tobacco, up from 4 percent in 2000, according to the Centers for Disease Control and Prevention. While smokeless (chewing) tobacco is associated with lower risk of disease than cigarettes, its use is not risk free. For instance, N’-nitrosonornicotine (NNN), a chemical found in smokeless tobacco, can cause oral cancer and some smokeless users are exposed to high levels of this chemical from their favorite smokeless tobacco brand. SPH faculty Irina Stepanov and Silvia Balbo have contributed to understanding these risks by conducting studies in tobacco products, tobacco users, and laboratory animals.

“When people buy smokeless tobacco products, they don’t really know what is in the product and if it contains cancer causing chemicals,” says Stepanov.

That means that consumers can be unknowingly endangering their health. “We can’t yet predict who is at higher risk to develop cancer from smokeless tobacco use and how much exposure it will take for someone to end up with cancer,” says Stepanov. “The main message from a public health standpoint has to be to not use any tobacco products.”