When voters made Colorado and Washington the first states to legalize the sale of marijuana, many did so believing the drug is generally harmless and doesn’t lead to the same host of behavioral and law-breaking issues as alcohol. But is that actually the case? A new pilot study by the School of Public Health shows it is not, and law enforcement agencies in both states report common problems with underage marijuana use (under age 21) and driving under the influence of marijuana in their communities. 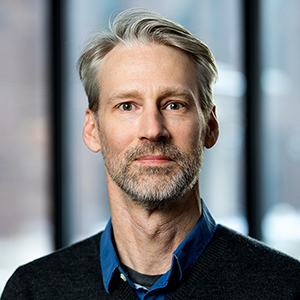 The study, which was co-authored by Associate Professor Darin Erickson, was published in the International Journal of Drug Policy.

“There’s a general public zeitgeist that marijuana is a pretty safe drug,” said Erickson. “In actuality, there hasn’t been a lot of research regarding how marijuana is used, its safety or its harms.”

Until recently, researching marijuana use in the United States has been practically impossible due to its nationwide ban. However, legalization of marijuana in individual states has created new opportunities for researchers to begin analyzing various aspects of the drug’s use.

Erickson is an expert in tobacco and alcohol use policy, and became interested in how Colorado and Washington are enforcing age-restriction and driving laws regarding marijuana use. To find out, in 2016 and 2017 he surveyed 50 local enforcement agencies in both states to learn if they find underage marijuana use and impaired driving to be common problems in their cities, the types of enforcement they are using to counteract it, and the resources they have to aid them.

“In general, we found that enforcement is not a high priority for most places,” says Erickson. “That said, we know enforcement strategies work to curb illegal substance use. Enforcing alcohol laws reduces underage drinking and related problems — and it could be used to improve the situation with marijuana.”

For solutions, Erickson recommends that states earmark tax money from retail marijuana sales to fund policy enforcement programs. He also suggests conducting additional research to develop roadside tests for impaired driving as well as epidemiological studies to learn how people typically use marijuana, such as in conjunction with alcohol.