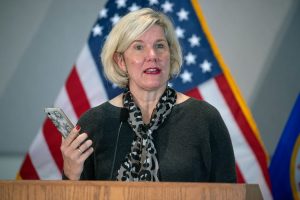 Minnesota Department of Health Infectious Disease Director Kris Ehresmann announced Thursday that she will retire at the beginning of February after 30 years at MDH. Ehresmann played leading roles in several public health responses including Minnesota’s measles outbreak in 2017, Ebola preparedness in 2014, H1N1 pandemic response in 2009, and dozens more. In addition to her work at MDH, Ehresmann served on numerous committees, including the Advisory Committee on Immunization Practices.