The individual and small employer group markets for health insurance cover more than 30 million Americans today. With passage of the Affordable Care Act (ACA) in 2010, these markets experienced considerable changes in how they are regulated — changes that affect consumers’ access to coverage, plan choices and affordability. 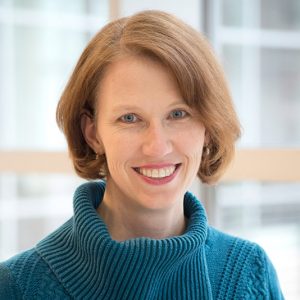 “When the Affordable Care Act was passed, many policymakers questioned how the individual and small-group markets would fare as a result of the new regulations,” said Jean Abraham, lead author and a professor in the School of Public Health. “This study provides a current snapshot of how the individual and small-group markets are performing across states, including the mediating effect of insurance market competition on plan choice and affordability.”

To investigate the current landscape of the individual and small-group markets, Abraham and her colleagues used the 2018 Health Insurance Exchange (HIX) Compare data from the Robert Wood Johnson Foundation. This new data source provides comprehensive information on all offered insurance plan benefits, premiums and actuarial values (based on metal levels of bronze: 60 percent, silver: 70 percent, gold: 80 percent, and platinum: 90 percent) across the United States.  Actuarial values are the percentage of total average costs for covered benefits that a plan covers. For example, if a plan has an actuarial value of 70 percent, on average, a policyholder would be responsible for 30 percent of the costs of all covered benefits.

The authors analyzed five outcomes by market segment across the 50 states and the District of Columbia:

In addition, the authors considered how differences in insurance market competition at the state-level affected the outcomes.

Key findings from the authors’ analyses include the following:

Given the important association of insurance market competition with plan choices and premiums, Abraham and her co-authors suggest that strategies to increase insurance market competition across states will be important. “We identified several policy options including creating reinsurance programs through 1332 State Innovation Waivers; merging risk pools of the individual and small group markets; requiring that Medicaid managed care insurers participate in the individual market; and the introduction of a public option,” said Coleman Drake (PhD ’18), a co-author and assistant professor in the University of Pittsburgh Graduate School of Public Health.

Abraham and her colleagues have studied the effects of the ACA on health insurance markets over the past decade.