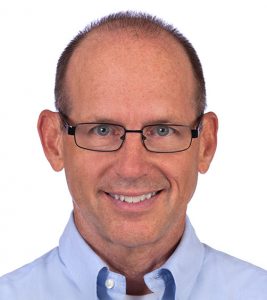 A 1981 U.S. Naval Academy graduate, Captain Marquet served in the U.S. submarine force for 28 years. After being assigned to command the nuclear
powered submarine USS Santa Fe–then ranked last in retention and operational standing–he realized the traditional leadership approach of “take control, give orders,” wouldn’t work. He “turned the ship around” by treating the crew as leaders, not followers, and giving control, not taking control. This approach took the Santa Fe from “worst to first,” achieving the highest retention and operational standings in the navy.

After Captain Marquet’s departure, the Santa Fe continued to win awards and promoted a disproportionate number of officers and enlisted men to leadership positions, including ten subsequent submarine captains. Stephen R. Covey said it was the most empowering organization he’d ever seen and wrote about Captain Marquet’s leadership practices in his book, The 8th Habit.

Captain Marquet is the author of Turn the Ship Around! A True Story of Turning Followers Into Leaders. Fortune magazine named it the #1 must-read business book of the year, and USA Today listed it as one of the top 12 business books of all time.

Captain Marquet retired from the Navy in 2009, and now speaks to audiences around the globe who want to create empowering work environments that release the passion, initiative, and intellect of each person. This bold and highly effective framework is summarized as “give control, create leaders.”

Research conducted by School of Public Health faculty addresses critical health care issues for Minnesotans, the region, nation, and globally. Each of the faculty presenters will share their particular expertise in a practical way that gives our attendees a better understanding of how to use current scholarship to influence their organization’s health and their own leadership practices.

In this reflection, Dr. Henning-Smith will share some of her rural health research, with a particular focus on older adults, mental health and wellbeing, and the social determinants of health. She will also discuss the importance of considering geographic and community context in health and health care policy, especially for rural populations. And, she will reflect on the role that health care organizations can play in working toward rural health equity.

To Be Announced Soon!

Register for the Event