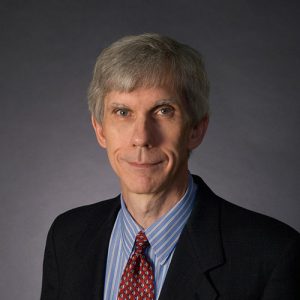 Kelly Coleman, PhD, DABT, ERT, RAC is a Distinguished Toxicologist at Medtronic, the world’s largest medical device company. In that role, he provides preclinical product development support across the corporation. He is a U.S. expert on working groups of the International Organization for Standardization (ISO) that are responsible for the ISO 10993 medical device biocompatibility standards on skin testing and toxicological risk assessment. In addition, he currently serves on the National Toxicology Program’s Scientific Advisory Committee on Alternative Toxicological Methods where he advises U.S. federal agencies on animal-free testing. A native of Mankato, Minnesota, Kelly earned a BA in Chemistry from Gustavus Adolphus College, an MS in Chemistry from the Colorado School of Mines, and an MS in Engineering and PhD in Environmental Health (Toxicology) from the University of Minnesota.  He is a Diplomate of the American Board of Toxicology, a European Registered Toxicologist, and is certified in regulatory affairs. Kelly is also an Adjunct Assistant Professor of Toxicology at the University of Minnesota, serves as Co-Chair of the University of Minnesota’s Toxicology Program Advisory Board, and is President of the Society of Toxicology’s In Vitro and Alternative Methods Specialty Section. Noted for his alternative testing work, in 2017 he was inducted into Medtronic’s Bakken Society, which is the company’s highest scientific and technical honor.

Christine Goertz, DC, PhD is a Professor in Musculoskeletal Research at the Duke Clinical Research Institute and Director of System Development and Coordination for Spine Health in the Department of Orthopaedic Surgery at Duke University. She is also the Chief Executive Officer of the Spine Institute for Quality and an Adjunct Professor in the Department of Epidemiology, College of Public Health at the University of Iowa. Formerly she was Vice Chancellor of Research and Health Policy at Palmer College of Chiropractic for eleven years. Dr. Goertz received her Doctor of Chiropractic (DC) degree from Northwestern Health Sciences University in 1991 and her PhD in Health Services Research, Policy and Administration from the School of Public Health at the University of Minnesota in 1999. Her 25-year research career has focused on working with multi-disciplinary teams to design and implement clinical and health services research studies designed to increase knowledge regarding the effectiveness and cost of patient-centered, non-pharmacological treatments for spine-related disorders. Dr. Goertz has received nearly $32M in federal funding as either principal investigator or co-principal investigator, primarily from NIH and the Department of Defense, and co-authored over 100 peer-reviewed papers. Dr. Goertz is a former member of the NIH/NCCIH National Advisory Council and currently serves Chairperson of the Board of Governors for the Patient Centered Outcomes Research Institute (PCORI).

Rebecca Leighton MPH, RD, LD is a Health Promotion Specialist at Boynton Health at the University of Minnesota – Twin Cities where she focuses on addressing food and housing insecurity among college students as well as nutrition health promotion. She founded and oversees the Nutritious U Food Pantry which provides fresh produce and staple foods to an average of 800 students every month at the University of Minnesota. In addition to administering emergency food programs and advising a nutrition health promotion student group, she co-facilitates the Thrive Basic Needs Coalition with the goal of addressing the root causes of food and housing insecurity at the University of Minnesota. Rebecca works to implement, manage, and evaluate policy, systems, and environmental changes on campus in order to help students meet their basic needs.

Nelson first moved to Kenya in 2007 to volunteer as a humanitarian aid worker in an internally displaced peoples camp on the slopes of Mount Elgon. She spent her 21st birthday delivering supplies to rebel soldiers who were fighting the government to protect their ancestral land. In 2008, she founded The Nafula Foundation, a nonprofit organization that provided healthcare, education and sanitation support to vulnerable communities in western Kenya. After several years running the organization, she enrolled in the University of Minnesota’s Master of Public Health program in hopes of bolstering her knowledge and expertise on global health issues.

Nelson’s reporting on the mismanagement of millions of dollars in funding for HIV/AIDS patients and her investigation into the breakdown of Uganda’s only radiation machine, which left thousands of patients waiting to die of treatable cancer, led to significant, lifesaving policy changes in the region. She continues to shine a light on issues that affect the poorest and most vulnerable people in the world, using the expertise she gleaned at the University of Minnesota to provide knowledgeable, authoritative and trustworthy reporting from East Africa and beyond.

Nelson has a Bachelor of Arts and a Master of Public Health in Community Health Promotion from the University of Minnesota.

Dr. Harrison Quick received his PhD in Biostatistics from the University of Minnesota School of Public Health in 2013. After completing a postdoc at the University of Missouri and working at the CDC in the Division of Heart Disease and Stroke Prevention, Dr. Quick became an Assistant Professor of Biostatistics at Drexel University in Philadelphia, where his research focuses on the development of methods for spatial and spatiotemporal data analysis and data privacy.  Dr. Quick is also a Faculty Affiliate of Drexel’s Urban Health Collaborative, where his work focuses on assessing health disparities within Philadelphia and across Latin America.

Dr. Quick attributes his passion for mentoring to his faculty advisors at the University of Minnesota, who not only supported him during his graduate career but also while he navigated the academic job market and his life on the tenure-track. In addition to providing an avenue for disseminating advice to the next generation of biostatisticians (being careful to note the potential for bias and the uncertainty in its validity!), Dr. Quick considers his participation in the SPH Mentoring Program as being instrumental in his preparation for being a faculty advisor at Drexel University.